The Peace of Jerusalem

European Apostolic Leaders (EAL) is committed to pray for the peace of Jerusalem. 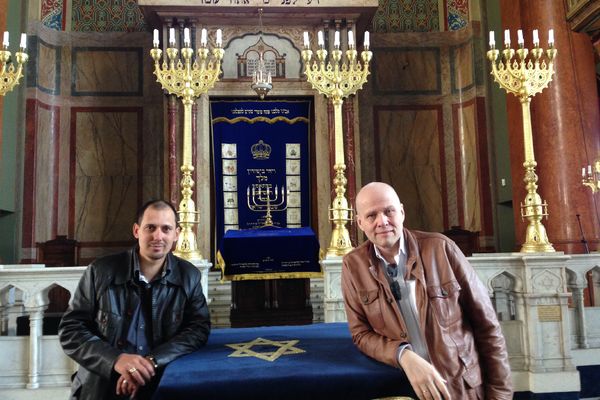 Our vision for peace in Jerusalem, Israel and the Middle East - as well as peace in the world - is based on Isaiah 2:1-5. The Old Testament vision of world peace was even the source of inspiration for the creation of the United Nations. A monument outside the UN building in New York quotes Isaiah 2:1-5 as the path to peace.

«´The word that Isaiah the son of Amoz saw concerning Judah and Jerusalem.

It shall come to pass in the latter days that the mountain of the house of the Lord shall be established as the highest of the mountains, and shall be lifted up above the hills; and all the nations shall flow to it, and many peoples shall come, and say: «Come, let us go up to the mountain of the Lord, to the house of the God of Jacob, that he may teach us his ways and that we may walk in his paths.» For out of Zion shall go the law, and the word of the Lord from Jerusalem. He shall judge between the nations, and shall decide disputes for many peoples; and they shall beat their swords into plowshares, and their spears into pruning hooks; nation shall not lift up sword against nation, neither shall they learn war anymore. O house of Jacob, come, let us walk in the light of the Lord.»

Faced with the alarming rise of anti-Semitism in Europe, we stand up for the Jewish people in times of threat.

We seek to enhance good relations between Europe and Israel, based on our common Judeo-Christian values.

We are committed to cultivating Messiah-centered relationships that bless the inhabitants of Israel—Jews, Arabs, and others—and the Jewish community around the world.

We affirm that the Church is an elect people and that unity in and with Christ is open to both Jew and Gentile through faith and baptism (Galatians 3:27-28).

«However, God called Abraham from among the nations and established a universal covenant with the patriarch and his seed to be a blessing to all peoples (Genesis 12:1-3). This promise includes the preservation of Israel to carry out God’s purpose, which was reaffirmed by Jeremiah (31:35-37). Paul echoes the promise in Romans 11:1, «Did God reject his people? By no means,» and again in Romans 11:28 «...but as far as election is concerned, they are loved on account of the patriarchs». God has therefore preserved Israel according to the flesh and he is not yet finished with the Jewish people in his redemptive plan for mankind» (Lausanne Occasional Paper 7, 1980).

«It is sometimes held that in virtue of God’s covenant with Abraham, Jewish people do not need to acknowledge Jesus as their Messiah. We affirm that they need him as much as anyone else, that it would be a form of anti-Semitism, as well as being disloyal to Christ, to depart from the New Testament pattern of taking the gospel to “the Jew first…». We therefore reject the thesis that Jews have their own covenant which renders faith in Jesus unnecessary» (The Manila Manifesto, 1989).