What is a Spiritual Father?

The first time I met the concept of «a spiritual father» in real life, was in 1979 in England through «the shepherding movement». But is it based on New Testament teaching? And is it meant for today? 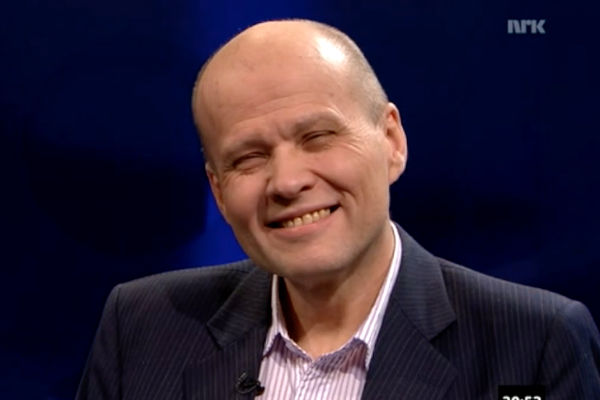 After my sad encounters with the British versions of «the shepherding movement» in 1979 and onwards, I also encountered the same control and manipulation in the US versions of that movement. During my study days at Fuller Theological Seminary in 1981-83, I met several who had been micromanaged in every area of their life. The concept of «spiritual fathers» was being presented as the solution to our walk with God. The «father» would decide on who you married, what clothing you wear +++ Some were sounder, others were much worse.

Needless to say, these movements crumbled in the following years, but the family and personal tragedies were numerous.

In the UK and US, I have since met several of the former leaders of these movements, and they seem to have repented, learned and moved on, while retaining the key principles from the New Testament about spiritual fatherhood.

But is the notion of «spiritual fatherhood» rooted in the Bible?

First, Abraham is the father of faith: «...those who are of the faith of Abraham, who is the father of us all» (Romans 4:16). The greatness of Abraham´s fatherhood was the simplicity of his faith and obedience. He lived so transparently that generations have been able to follow him as an example.

Second, Jesus was utterly dependent on His Father. Jesus never created an earthly category of gifts called «spiritual fathers». His gifts to the Church in Ephesians 4:11 were five-fold, not six-fold. Jesus said: «Truly, truly, I say to you, the Son can do nothing of his own accord, but only what he sees the Father doing. For whatever the Father does, that the Son does likewise» (John 5:19). He said: «Believe me that I am in the Father and the Father is in me» (John 14:11).

Third, but Jesus did not condone every father figure. He repudiated the scribes and the Pharisees who claimed that Abraham was their father: «You are of your father the devil, and your will is to do your father's desires. He was a murderer from the beginning, and does not stand in the truth, because there is no truth in him. When he lies, he speaks out of his own character, for he is a liar and the father of lies» (John 8:44).

In the apostle Paul, we find a modelling of spiritual fatherhood that is worth observing and following today. Apart from a few references to this in his teachings and in the New Testament narratives, there is no «office» or «ministry» or «Christ gift» that in any way or fashion implies that someone should call themselves «a spiritual father».

Paul´s great emphasis is to connect every believer to God the Father through Christ Jesus, not through himself: «And because you are sons, God has sent the Spirit of his Son into our hearts, crying, «Abba! Father!» (Galatians 4:6). In Paul´s writings. the concepts of spiritual Sonship and Fatherhood are exclusively meant for our relationship with the Godhead.

Paul conveyed the notion of spiritual fatherhood to the Corinthians because he had personally brought them the gospel: «though you have countless guides in Christ, you do not have many fathers. For I became your father in Christ Jesus through the gospel. I urge you, then, be imitators of me» (1Corinthians 4:15-16). He then exemplifies how his fatherhood works by describing Timothy: «That is why I sent you Timothy, my beloved and faithful child in the Lord, to remind you of my ways in Christ, as I teach them everywhere in every church» (1Corinthians 4:17).

Timothy is again highly commended as «a son» by Paul in Philippians 2:19-24: «I hope in the Lord Jesus to send Timothy to you soon, so that I too may be cheered by news of you. For I have no one like him, who will be genuinely concerned for your welfare. For they all seek their own interests, not those of Jesus Christ. But you know Timothy's proven worth, how as a son with a father he has served with me in the gospel. I hope therefore to send him just as soon as I see how it will go with me, and I trust in the Lord that shortly I myself will come also».

Note the love for Timothy that Paul conveyed. He was neither «using» or «abusing» him, but sending him with love - to lovingly serve the Philippians!

But what about today?

I have had numerous learning experiences from 1979 onwards, even until today, and some of these experiences have simply been bad. But a lot have been good as well.

Gladly, I can affirm that there are some great father figures in the Church today! I meet them all the time, in Europe and other continents. Most of these don´t even talk about themselves as «spiritual fathers», but they simply function as such.

What are the checkpoints?

First, does «a spiritual father» want to control you? The test is if he cares and supports you even when you don´t agree, and when your ministry expands. Will he then discard and remove you? «Submission» as a requirement and demand is utterly despicable. Submission as a loving choice, based on respect and freedom, is totally in line with New Testament theology. It is like in marriage: The New Testament admonishes husband & wife: «submitting to one another out of reverence for Christ» (Ephesians 5:21). In marriage, family, church and ministry - this is the test: Mutuality and honor.

Second, does «a spiritual father» limit you, or does he expand your territories? My successes have been because of Christ´s work in me; the encouragement and counsel of several men and women of God; and the loving faith, support, and wisdom of my wife, Aina.

Fourth and lastly for now, does «the spiritual father» base his relationship with you on Christ Jesus, or does he create dependency on himself? Needless to say, if this is not the case: Flee for your life! Christ Jesus is the Way, the Truth, and the Life. Nobody comes to the Father in heaven except through Christ Jesus.