European Nations are Re-aligning in this Hour

God deals with nations. In Matthew 25:31-46, Jesus teaches on the serious consequences for nations of our choices as nations. It seems obvious that the Church needs to ensure that our nations align correctly with God and with each other. European nations are at the crossroads. 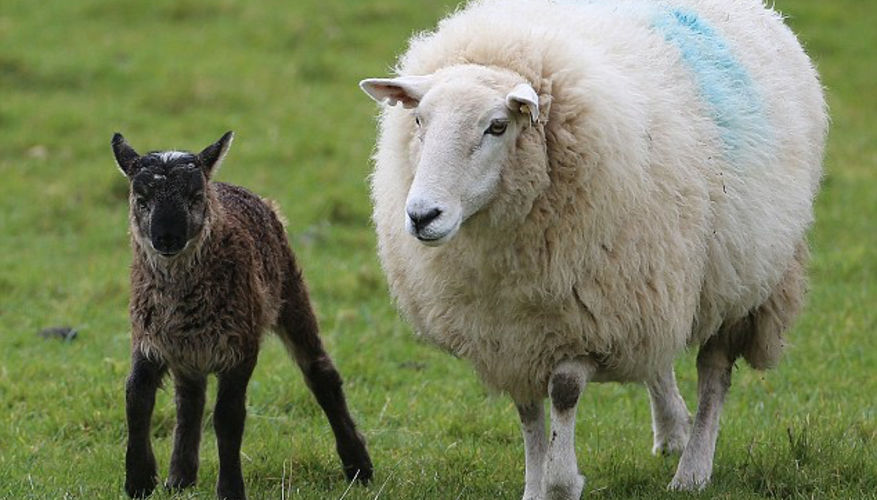 Not surprisingly, Jesus as 1/3 of the Triune Godhead knows everything about creation, and obviously about the sheep–goat hybrid which (sometimes called a geep or shoat in popular media) is the hybrid offspring of a sheep and a goat. Although sheep and goats seem similar and can be mated, they belong to different genera in the subfamily Caprinae of the family Bovidae. Sheep belong to the genus Ovis and have 54 chromosomes, while goats belong to the genus Capraand have 60 chromosomes. The offspring of a sheep-goat pairing is generally stillborn. Despite widespread shared pasturing of goats and sheep, hybrids are very rare, indicating the genetic distance between the two species. Though sometimes called «geep», they are not to be confused with goat-sheep chimerae, which are artificially created, says Wikipedia.

It is noteworthy that Jesus draws this distinction between sheep and goat into the separation of nations. Israel as the Chosen as opposed to «the rest» - that is easier to comprehend for our carnal minds. But judgement over every nation? It is serious business!

I am not going to interpret this passage now. Suffice it to underscore the significance of the choices and actions of nations, even in Europe. It has eternal consequences. 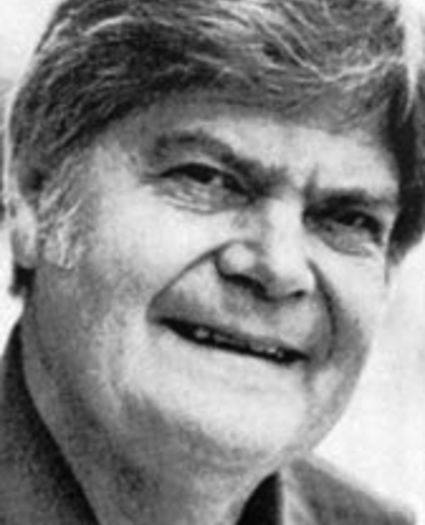 Standing in the Breach for a Nation

Back in December 1996, I was pastoring Seierskirken (1990-2000) just outside Oslo, which was a church of some 50-60 people with a rather high level of commitment. Our calling was really to be a prophetic testimony to the nation of Norway, and my task seemed like the tasks of prophets such as Jeremiah and Ezekiel. Our influence was way beyond our size. But it was so odd that we were so few - with such a «large» calling....

That is when the world reknown Swedish prayer general Kjell Sjöberg came to minister in Seierskirken for a weekend. The presence of God was so tangible. When we worshipped, it felt as if we were in a room filled with thousands of worshipping people. But when we opened our eyes - alas - we were only 50-60....

In one of the sessions, Kjell Sjöberg prophesied:

- God says that He is well pleased with this church. He has given pastor Jan-Aage a mandate to bring light and truth into the darkness and lies of Norway, and for this reason Norway shall be preserved as a sheep nation. It is because of this obedience....

We sobbed and laughed interchangeably. Suddenly we understood that God was only interested in our obedience to HIM. Our primary calling was not to the suburban area of Lillestrøm on the outskirts of Oslo, but to the nation as a whole. God was well pleased.

Kjell Sjöberg declared prophetically that God had found someone to «stand in the breach for Norway»:

«And I sought for a man among them who should build up the wall and stand in the breach before me for the land, that I should not destroy it, but I found none» (Ezekiel 22:30).

The power of obedience....

Choices that we make

I am amazed at the superficiality of choices that are made by some apostles and prophets in our day. They seem to be much more motivated by honorariums and «ministry opportunities» than about the destiny of their nations!

We need to toughen up. If you are a prophet, then stand in your calling! If you are an apostle, don´t be swayed by winds of man-made doctrines or projects.

Your choices have eternal consequences for nations. Your nation!

I am impacted by the choices made in some European nations in our day. The balance of power is shifting in Europe and consequently in the world, and it is based on the obedience to God of people. Romania is showing the way. I have been following Romania closely for the past two years, and I have seen an unprecedented passion for God among that great people. The ongoing world movement that has been initiated by the Romanians against atrocities in Barnevernet in Norway, is pleasing to the Lord. It is based on tough choices. They are choosing to stand with the weak and suppressed - and are not opting for «the easy way out». Romania is re-aligning. Even top politicians that I know in Romania are choosing the way of the Lord! 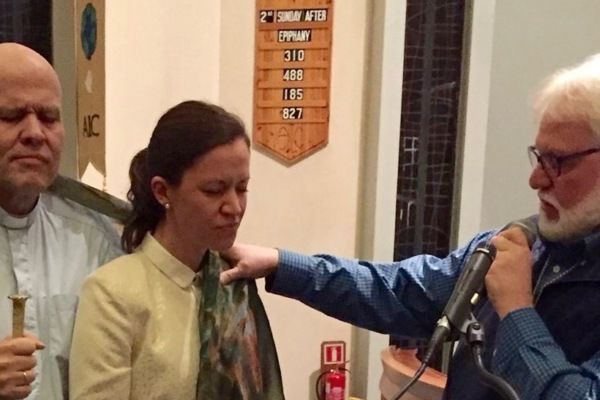 Chuck Pierce draped Aina & Jan-Aage Torp in a shawl as a symbol of a new authority (photo credits: Päivi Heikkilä)

On January 20th, Chuck Pierce was sent by the Lord to bring a word of destiny to our nation with great consequences for the European continent. It was reminiscent of Kjell Sjöberg´s prophetic word almost 20 years earlier which was about Norway. Now it seems that the Lord has expanded the mandate to all of Europe.

- Everything that has been in the past is now realigning in Norway. Our future is being unlocked here in Norway. The best that God has for us in the future is now being unlocked. There is a new anointing for each of us to enter into here under what is called «the shield of the nations». We decree right now that great changes will come this year in Norway. We decree it will be heard worldwide. We decree economies will realign. We decree that from this night forward - on January the 20th - an incredible realignment of nations throughout Europe began.

In a first prophetic act, he gave Jan-Aage a tent peg, and said:

- Jan-Aage, I wll leave this tent peg here. You will draw tigether the right group at the right time. You will establish it in this land and from that a new shield will go out to Europe.

In a second prophetic act, Chuck Pierce draped the Torp couple together in a Jewish shawl, and said:

- I also brought a new mantle and it is filled with embers. The Lord says: I will stir up embers from other moves of God, and even moves that never came to the surface and caught fire. I am going to put this new mantle that represents new authority and new identity on you both. I am going to leave it here in this land and decree that what is lying in the land underneath the surface will now come all the way to be seen by the nations. Lord, we unlock that now in Jesus´ name and we leave a new mantle for a new move of God! We thank you Lord that a new unlocking and a new realigning has begun here in Norway!

It seems that European apostles and prophets are about to make choices that have eternal consequences. This is not my word, but the Lord seems to be saying something. 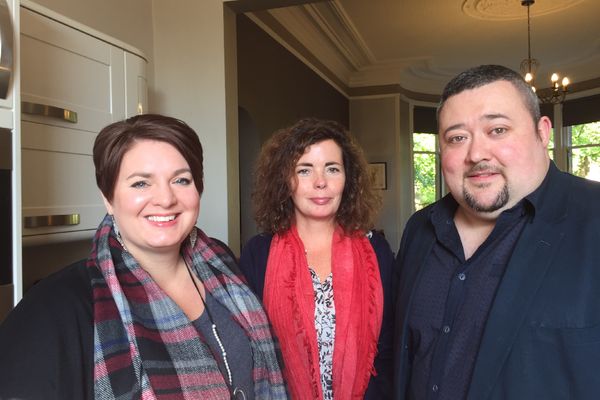 On September 29th, Marshall Cross brought me to meet Emma Stark and Sarah-Jane Biggart at Glasgow Prophetic Centre. That encounter changed my direction!

There seems to be a specific calling for Scotland, and perhaps some might be surprised at who He chooses to lead the charge. But let God be God!

I got a foretaste of this in September 2015 when Marshall Cross brought me to Glasgow Prophetic Centre to meet Emma Stark and Sarah-Jane Biggart. That encounter changed my direction!.

Emma Stark saw prophetically a V-shaped axis of Iceland-Scotland-Norway that God will use to lead the charge through all of Europe. It has begun to happen already!

When Chuck Pierce ministered in Oslo on January 20th, he had a special message for Scotland. Read the report of what Chuck Pierce said:

- Why would Scotland be here and not in Scotland? What in the world is God doing? I think you came from Scotland because Scotland has to determine how it is going to realign. And that wasn´t the same message that God wanted last night (editor´s note: Pierce ministered in Edinburgh, Scotland the evening before, on January 19th). So God brought you here to make sure that when you go back to Scotland you say «Now this nation will make its alignment!»

European nations are re-aligning in this hour!