Embracing our Brothers - and the Evil of Isolation

In the nations of Europe, there has been much misunderstanding, division and isolation in the Church. A war-torn continent. A war-torn Church.
But let God keep our hearts right, humble, and pure. Let Him create in us a desire to forgive, include, love, and embrace our brothers and sisters. There is a special blessing in the embrace! He is doing this work in Europe today! 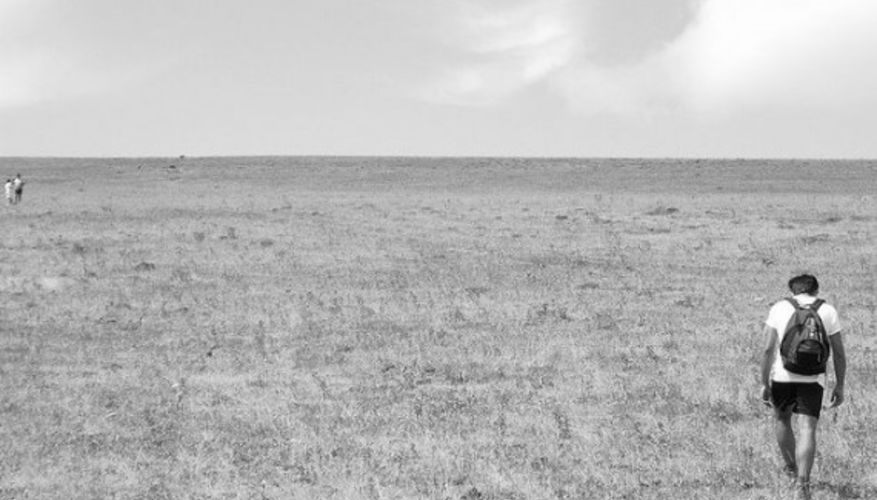 God sometimes brings His children into times of being alone, of separation.

The apostle Paul was first physically blinded by Jesus Himself, and then isolated from his new-found spiritual brothers and sisters. For years! In the end, it was all good. It was orchestrated by God so he would learn that his principle strength is by Grace alone. In his weakness, he became strong!

Church history shows the rich benefits of being alone. The Desert Fathers are examples, even models for our modern times. They gained strength, and achieved spiritual breakthroughs, by their willingness to separate themselves unto prayer and holiness.

Also, the Body of Christ is invited by the Holy Spirit to spend time alone with God. Paul admonishes the believers to separate themselves unto prayer and fasting for a time. In our days, a wave of fasting and prayer is sweeping the earth. 3, 7, 21, even 40 day fasts are commonplace! Especially among young people. We even hear of «facebookfasts», indicating the desire to separate our total being unto God!

However, there is another side of the story that we must be aware of: Isolation from spiritual brothers and sisters, and even society as a whole, which is due to persecution and malicious intent, is really from satan himself!

Church history is full of such examples: The evil that was committed against Luther and Calvin, against the Anabaptists, against Norway’s reformer Hans Nielsen Hauge, and against martyrs of the faith, was performed by the Church! God allowed it, sure enough. But it was never intended to be that way.

I remember the massive attempts to isolate the Norwegian evangelist Aril Edvardsen in the 1970’s and 1980’s. Who did it? The Pentecostal leaders! Even his «friends»! Why? Was it doctrine? Barely. Probably it was fear, jealousy, competition, small minds, insecurity…. Aril Edvardsen wasn’t allowed to minister in Norwegian nor European pentecostal churches for 10-15 years, but God gave him other arenas to bring in the harvest.

I was the associate pastor of Salemkirken Oslo in 1986 when we welcomed Aril Edvardsen to preach in our church, nine years after the defacto excommunication of him by the Norwegian Pentecostal Movement on  February 4th, 1977. I remember how my mother cried painfully over the harsh injustice against him. But I was blessed to play a key role when we broke the isolation of Aril Edvardsen. I vividly remember those two days: Saturday 11th and Sunday 12th of January 1986. It was a pivotal moment in modern Scandinavian church history!

Isolating spiritual brothers and sisters is cruel, but even more: IT IS UNWISE!.

My spiritual father, John P. Kelly, has trained me into a new mindset of inclusiveness, affirmation, trust and integrity. I increasingly seek to build bridges. Never at the expense of truth and integrity, but with an eye for the good in my spiritual siblings. And it works! We are seeing a great team of apostolic leaders emerging and uniting all over Europe! We are even making noticeable progress in Norway!

When we choose to include, love and embrace a spiritual brother and sister in times and situations when they might have committed blunders, acted unwisely, fallen in sin, experienced illness or an accident, then we will gain a friend, probably for life! We rub off on each other. Iron sharpens iron. And we will be able to develop together greater insights, strategies and accomplishments that will make history! To build a mighty army in Europe today, we must learn to embrace each other! Jesus taught us how to do this with His Twelve: Imperfect and inexperienced, but together they have changed the world!

I know what it is like to be isolated and betrayed by spiritual brothers and sisters. For 20 years. A part of it was my own fault, because I would at times move too fast or not move at all :-) But during the past 10 years, I have learned to correct these things.

The key is to embrace. At the time of writing this blog article, I am on the airplane from the Balkans to Norway, and I still feel the impact of a true story in one of these nations: A pastor was tragically divorced. Not a single one of his spiritual brethren and national co-leaders contacted him. Surely, a part of this was his own fault. But just as surely, brothers are needed to break isolation, even if it is partly self-inflicted. Thankfully, at least they did not attack him publicly! But after two months, a senior leader of the movement approached the heart-broken, divorced pastor. It was a time of healing and restoration. This senior leader told me this himself. I could feel the pain and joy in his heart.

Certain factors are beyond our own control. When betrayal and isolation comes from your closest family or friends, there really isn’t much else to do than to let God perform His wonderful restoring and redemptive work, however painful it may be. Time will reveal the true story. Time will bring reconciliation and solutions.

Joseph of the Old Testament experienced evil isolation, by his closest ones. But he kept his heart right. He became the Prime Minister of an empire. A deliverer of nations, and eventually of his own family.

In the nations of Europe, there has been much misunderstanding, division and isolation in the Church. A war-torn continent. A war-torn Church.

But let God keep our hearts right, humble, and pure. Let Him create in us a desire to forgive, include, love, and embrace our brothers and sisters. There is a special blessing in the embrace! He is doing this work in Europe today!