I am amazed at what the Lord is doing in Europe today! This is not about one or other organization. We are talking about a Movement of the Holy Spirit! Let´s not meddle in what HE is doing. It is HIS Church! 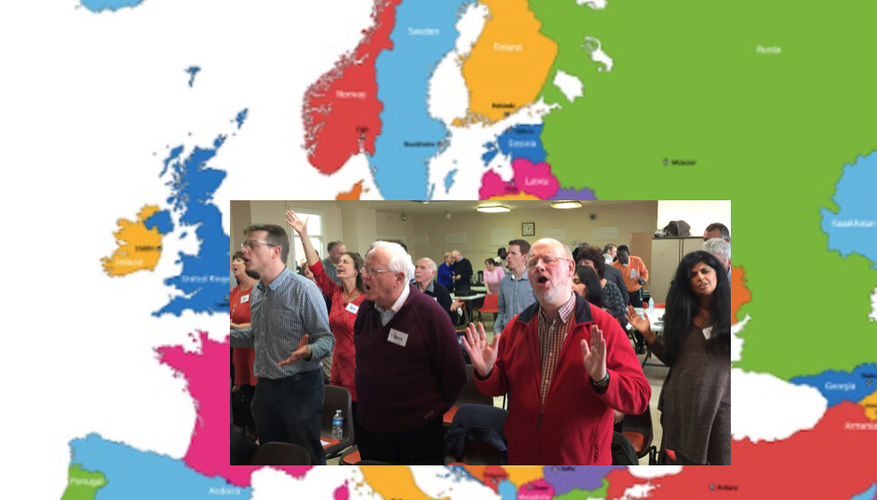 Europe today - Apostles and prophets in Great Britain last month in LeicesterI am honored to be the Convenor for European Coalition of Apostolic Leaders (ECAL). This is a good structure that really is the sum total of the ministry of our members. I believe that there is an important signal we give to each other when we are actually members of ECAL together, and when we actually invest in meeting each other for collaboration and fellowship, like we will do in Lisbon next week.

However, I am increasingly also building together with apostles in Europe who are not members of ECAL, and who might not become members either, but we are building the Kingdom of God together anyway. We commit to each other by doing ACTS of the Holy Spirit together - thereby achieving great things. Hurrah and Halleluyah!

The Holy Spirit is ingenious. The apostolic movement, popularized by Dr. C. Peter Wagner by the name "The New Apostolic Reformation", is a massive movement that is growing on all continents of the world, and even in Europe!

There are certain foundations of this global movement, among which are 1) our transformational commitment to the Creation Mandate of Genesis 1:26-28 and the Great Commission of Matthew 28:18-20; 2) our fundamental belief in the authority and inspiration of the 66 books of the Bible; 3) our faith in Jesus Christ as the only Way to God, the Truth and the Life; and 4) our belief in the Triune Godhead - 3 in 1.

There are also several distinctives of what the Holy Spirit is doing in what is considered as the global apostolic movement, which has grown numerically from 16 million pentecostals in 1945, to probably 740 million in 2025 (David B. Barrett et al., 2001 World Christian Encyclopedia. Oxford University Press). Among these distinctives are 1) our commitment to the "7 Mountain Mandate" as a paradigm to fulfill the Creation Mandate; 2) our acknowledgement of the 5-fold ministries of Christ, including the offices of apostle and prophet, as the de facto leaders of the Church, serving and equipping the Body of Christ as we serve on the 7 Mountains of society; and 3) our appreciation of the role in the 21st century of certain churches than function as apostolic centers for cities, nations, regions and continents.

And now in Europe there are so many of us! I have served in more than 20 European nations within the last 19 months, and I have discovered that our movements count millions of members and followers, just counting apostles that I relate to on a personal level! If we broaden that to apostolically led movements that I do not know personally, I am certain that we have 30+ million members and followers. That´s a conservative estimate. And we are expanding and growing in nation after nation.

I will leave to statisticians to present these numbers and statistics in credible ways. But this is actually happening in Europe today!

One of the tragic tendencies of the global apostolic movement is to control God´s work. Some people simply want to be the top leader, but really that is the opposite of what Jesus Christ exemplified:

"Have this mind among yourselves, which is yours in Christ Jesus, who, though he was in the form of God, did not count equality with God a thing to be grasped, but emptied himself, by taking the form of a servant, being born in the likeness of men. And being found in human form, he humbled himself by becoming obedient to the point of death, even death on a cross. Therefore God has highly exalted him" (Philippians 2:5-9)

Jesus Christ is the Chief Cornerstone of the Church, and we are to build on "the foundation of the apostles and prophets" (Ephesians 2:20). We do not need a structure in Europe, nor in the world, with one, two or three apostles on the top. We need functions that serve, peer-level relationships, trust and collaboration based. We are not looking for human power, but look to acknowledge each other as a team.

As the Holy Spirit is doing His work, let us cooperate with what He is doing. Let´s not meddle. We are the Church of Christ!